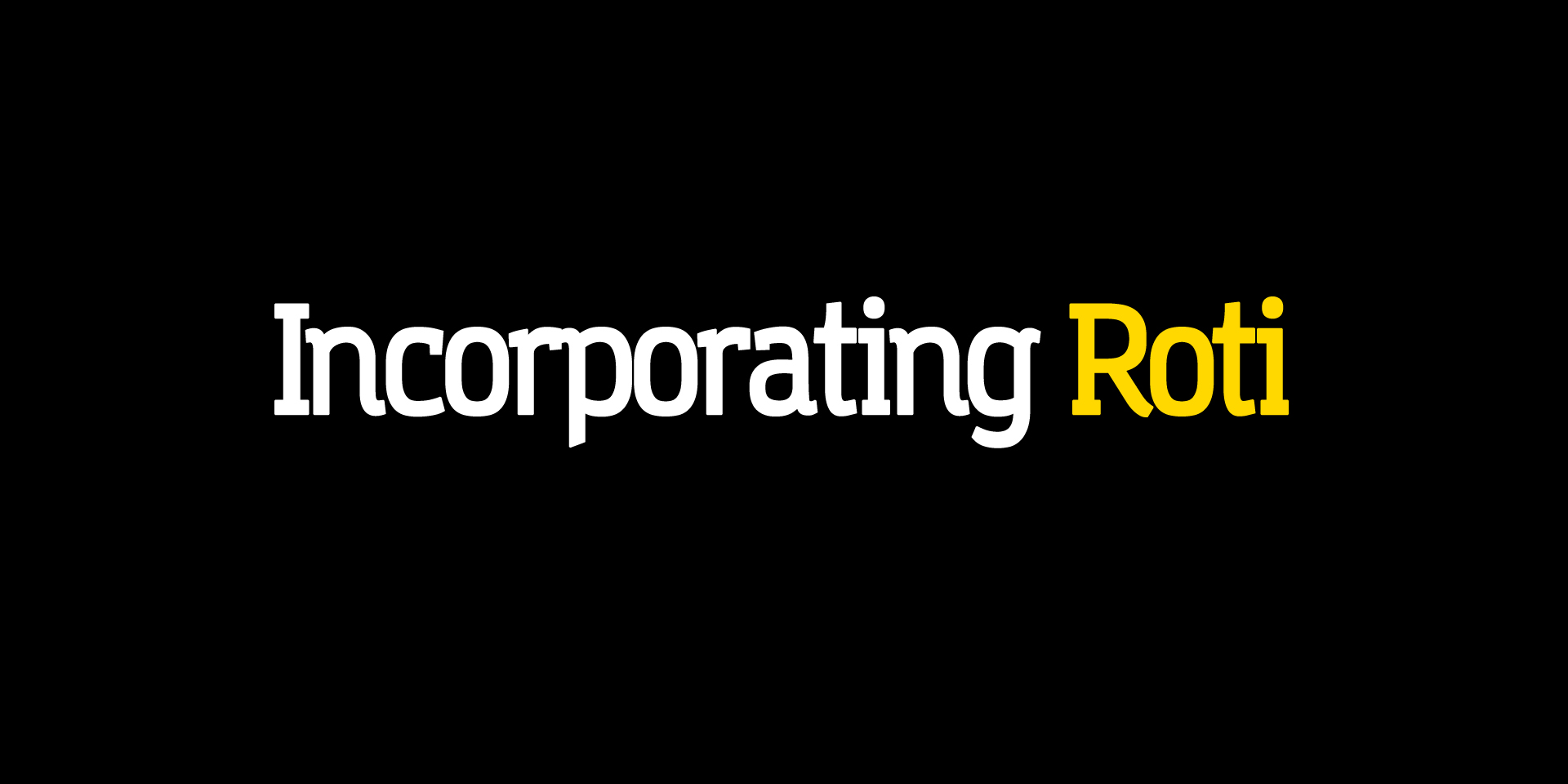 You may have read my previous article about roti. If not you can read it here.

Unfortunately there’s still a huge stigma around eating roti whilst being on a fitness journey.

‘you can’t eat roti because it’s all carbs’

‘I had double butter chicken (or daal makhani) instead and left the rotiya because, you know… carbs’

‘I had 2 wholemeal slices of toast with sabji today instead of rotiya because, you know…they’re better right’?

These are all things I’ve heard!

So let’s break a few things down…

A single roti contains around 120 calories, 20g carbs and 3g protein (or thereabouts depending on the size). The reason why it’s silly to skip over 2 chapatis and actually double your portions of butter chicken or daal makhani (heavily buttered lentil curry) is because you’ll most likely end up eating more calories than if you just had a normal portion alongside 2 chapatis.

I know that I’ve personally seen people say no to roti and then proceed to eat entire mixed grills to themselves because of the protein, ignoring the fact they’re over-consuming calories.

For those of you trying to achieve fat loss remaining in a calorie deficit is the number one priority. I also feel as a secondary point that a single portion of the chosen daal or sabji alongside 2 chapatis is more filling than doubling up the portion of the daal or sabji alone. This could just be me and is totally anecdotal. But Punjabis usually say ‘svaad ni aunda’ and ‘gall ni bandi’ until roti has been eaten. Loosely translated meaning there isn’t satisfaction and filling until you eat roti.

The key point I’m trying to make is roti isn’t evil. Skipping over them and doubling up portions of  your chosen daal or sabji (or meat dish) could mean more calories so be mindful of that.

Another point I think is important…

Dietary adherence. Two words that are very common in diet research but uncommon in the fitness circles and social media, despite it being the number one reason people fail to lose weight and actually keep that weight off (stay lean).

It essentially means your ability to stick to a diet or regimented way.

Why is adherence important? Because if you can’t stick to something, like a diet, you probably won’t get any lasting results as it isn’t sustainable for the longer term. This is probably the reason so many people who lose weight end up gaining it back. A good example is telling people to eat tofu, rice and broccoli 3 times a day (a really restricted approach). If you’re motivated, you may do it for a few days. If you’re highly motivated you may do it for a week or even more but ultimately this approach will get sickening, you won’t be able to adhere, because, well it’s boring and silly and therefore it won’t be successful (short or long-term).

There are many reasons why an approach may have low adherence. Perhaps it isn’t satisfying, doesn’t taste good, or doesn’t allow you foods you enjoy or maybe it takes too long to prepare. These are just some examples.

So let’s bring it back to roti. There is a link between adherence and roti.

If roti is made at home daily, which it is in my house at least, it’s far easier for me to consume them and make them work in my nutrition rather than not to eat them and cook my own meal. Convenience is a factor we should consider too and it’s highly convenient to have one meal of the day handled just because it’s prepared daily at home by default.

It also tends to be a family meal which again, because it’s daily, makes you more likely to stick to it long-term equaling more success.

These are really the only two points I wanted to make. Be mindful of your calories with or without the roti (but know roti can easily fit into a calorie restricted approach), and also think of adherence. You’re probably setting yourself up to be more adherent and successful by including roti just because it’s made at home daily saving you time and prep.