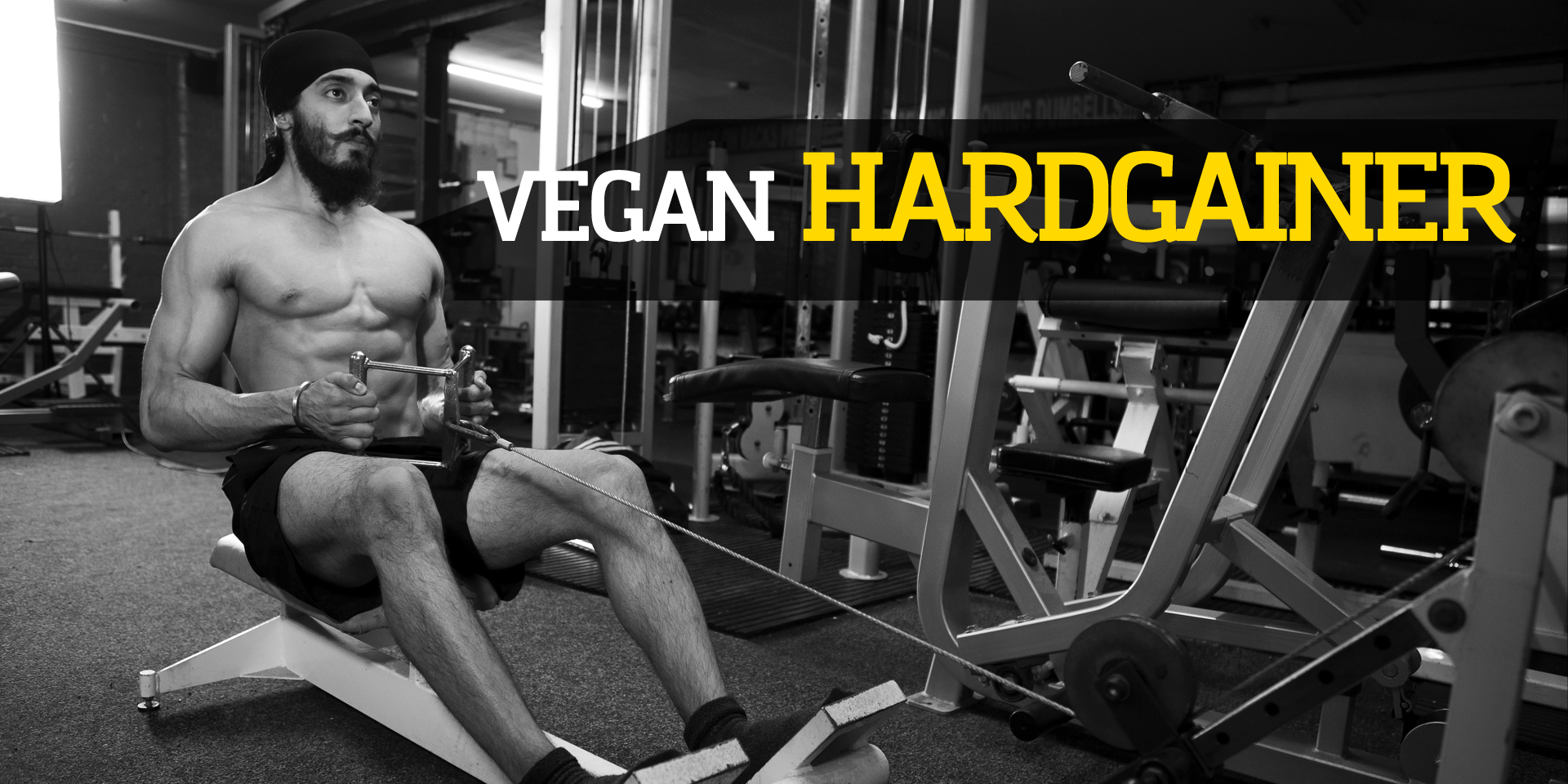 Posted on: 27 Sep 2016
0
I’m a Vegan hardgainer. I don’t really subscribe to the idea of ecto, endo and mesomorph because of its simplistic nature but for the sake of this post I guess I have the characteristics of an ectomorph.
I think better scientific terms are low responders and high responders. In which case I’d be a low responder. By genetic default I’m not able to put on muscle quickly and its a real struggle for me to put size on. Some of you might think this is all BS but we really are all different. Both our testosterone levels and our ratio of fast to slow twitch muscle fibers are both determined by genetics. Both are crucial for muscle-building goals. I’d say I have typical slim guy Indian genetics more suited for endurance rather than becoming a stocky guy.
On top of all this I’m a vegan. Some of you may argue I’m at a complete disadvantage. I wouldn’t disagree really. It was far easier for me as an omnivore to go into my kitchen and sort out a meal every 3 meals. It was certainly easier to eat out as an omnivore and get macro friendly meals. But that convenience doesn’t outweigh the health, environmental and ethical reasons for someone to go vegan.
Just a few days ago I pulled out my old training journals and weight notes from 4 years ago. I weighed the same as I do now with less body fat. For you newbies that means I had more muscle mass.
Since then I had a slump from turning vegetarian. A huge slump from final year of university in which I got very sick and lost 2 stone and finally a small slump going vegan.
I have recovered well and I feel I’m the strongest I’ve ever been currently weighing 76.5kg. My powerlifting total is the same it was on my huge bulk as an omnivore weighing 83kg some years ago and I’m just more balanced across the board, muscle, strength and function wise.
I feel like it’s a great time to put on a stone in weight, get back up to 83/84kg to see how I look compared to my bulk as an omnivore but more importantly how strong I get. I’m expecting 50kg onto my total (total squat, deadlift and bench in kg) with that increase in bodyweight. Currently it lies around 480kg.
That brings me onto the point. I’ve been attempting to bulk for around a month now and making slow progress. It’s not that vegan diets are inferior or I can’t meet my macros (before any of you start). Its more that I’ve forgotten the sheer amount of volume of food you need to eat in order to push forward as a hardgainer.
Below is an example of a typical day.

I’d like to think I train hard. My CNS (central nervous system) is always pretty blasted from heavy strength based sessions. On top of that my metabolism has always been sky-high. Ever since I can remember I’ve been stuffing my face and I’ve never lost my abs.
My previous successful weight gain period I was consuming 5000 calories daily. Right now as a vegan I think that would be tough (especially keeping macros in control), I’ll be aiming for 4000 calories, 500g carbs, 130g fat and 200g protein.
I guess this post was a lay it all out there type. I’m now accountable to all you readers and I will be posting progress.
For those of you who saw my Instagram video, I recently cleaned 100kg which has been a goal for a long time. Now my next goal is to put that overhead.

My advice to all of you is to lay out your goals. Write them down. Offload your mind and especially don’t wait until new years.
Now I’m off to eat. Those macros and goals aren’t going to get hit themselves.