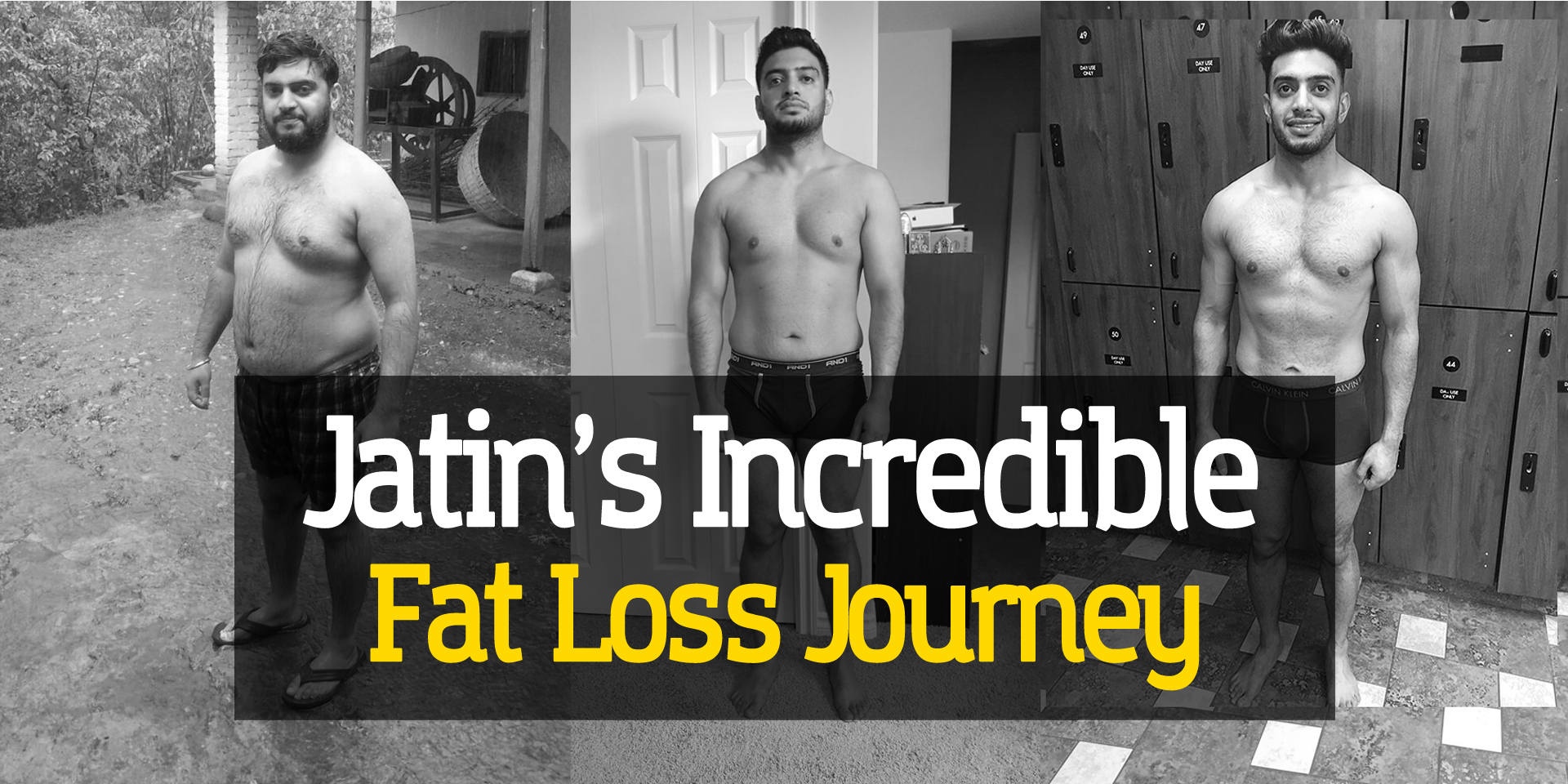 Posted on: 25 Mar 2018
0
Ever since being a qualified personal trainer I’ve worked with numerous people, both one to one and online, who have had confidence issues in their personal life as well as in the gym. My client Jatin was no different.
We actually met through one of his friends and roommates who was already my client and getting brilliant results. Shout-out to Jag! Seeing Jag develop and transform, it gave Jatin the encouragement he needed to want to put a halt to his weight gain and do something about it. He had gained weight after getting to Canada from the Punjab and it spiraled out of control making him overweight and very unlike his previous athletic self.
He didn’t approach me at this point, I don’t think he was comfortable doing so. He tried going to the gym for 4 days a week but gave up quickly.
It was when he had got a hold of the training routine I had given to his roommate Jag that he started to be consistent and get some results. He got in touch with me a few months later when he experienced some fat loss success and I recall a very emotional Skype consultation. He continued to express his thanks to me despite me not having made a routine or recommendations to him directly. At this point he weighed 80kg. Initially he weighed 96kg.
I made a note of a few key quotes from our first Skype consultation.

‘The first trigger point was when I bent down to put my socks on and couldn’t because of my belly’.

Jatin said that was the day he began to make lifestyle changes.

‘Progress is my motivator, I now feel good about myself’.

Hearing things like this from a client for me will always outweigh compiling a successful ‘before and after’ picture. It’s what makes my career path so rewarding. He said he loves the strength element of the routine I had given Jag and was hooked to the weekly progressions and bettering himself.
I then tailored some nutrition and workout recommendations for him. As a vegetarian he struggled with protein sources and meal variety. We were always above 120g protein daily and never needed to remove Roti and Punjabi food to get results. I helped him a lot in this area and his confidence in the kitchen increased too, creating tasty dishes which both satisfied him and helped him reach his goals of getting stronger and leaner.
Alongside this we began with heavy compound exercises such as push press, deadlifts, clean and presses, farmers walks and sled sprints whilst also working on his squat technique. We progressed from goblet squats and other front loaded squats until he was comfortable and moved onto barbell squats with pauses to help with control, Jatin is now comfortable squatting.
The progress in his technique, confidence and strength has been incredible. One example is not being able to do any pull-ups and having low pulling strength to now being able to do 12 unassisted pull-ups!
Initially we did 4 days a week with an upper body and lower body split. Rep ranges were a mix of 5 for strength and up to 12. We also did some 2 minute times challenges to push the fitness and work capacity too. Lots of variety to keep things fun!
We continued to make weekly progress both in fat loss and strength gains! He actually began posing in our scheduled pictures, it was a new Jatin. I mean look at the difference in his expressions!

As of now in March 2018 Jatin weighs 68kg and is coming off all time deadlift and dumbbell clean and press personal bests! He has had visible abs for the last 6 months and is loving the lean lifestyle. He is now the strongest he’s ever been and we’ve upped calories!
We’re predominately working on muscle mass and strength currently with a 5 day routine (upper, lower, push, pull and legs split).
Well done Jatin and I look forward to so much more progress yet!