Blog / How to Get Bigger Arms 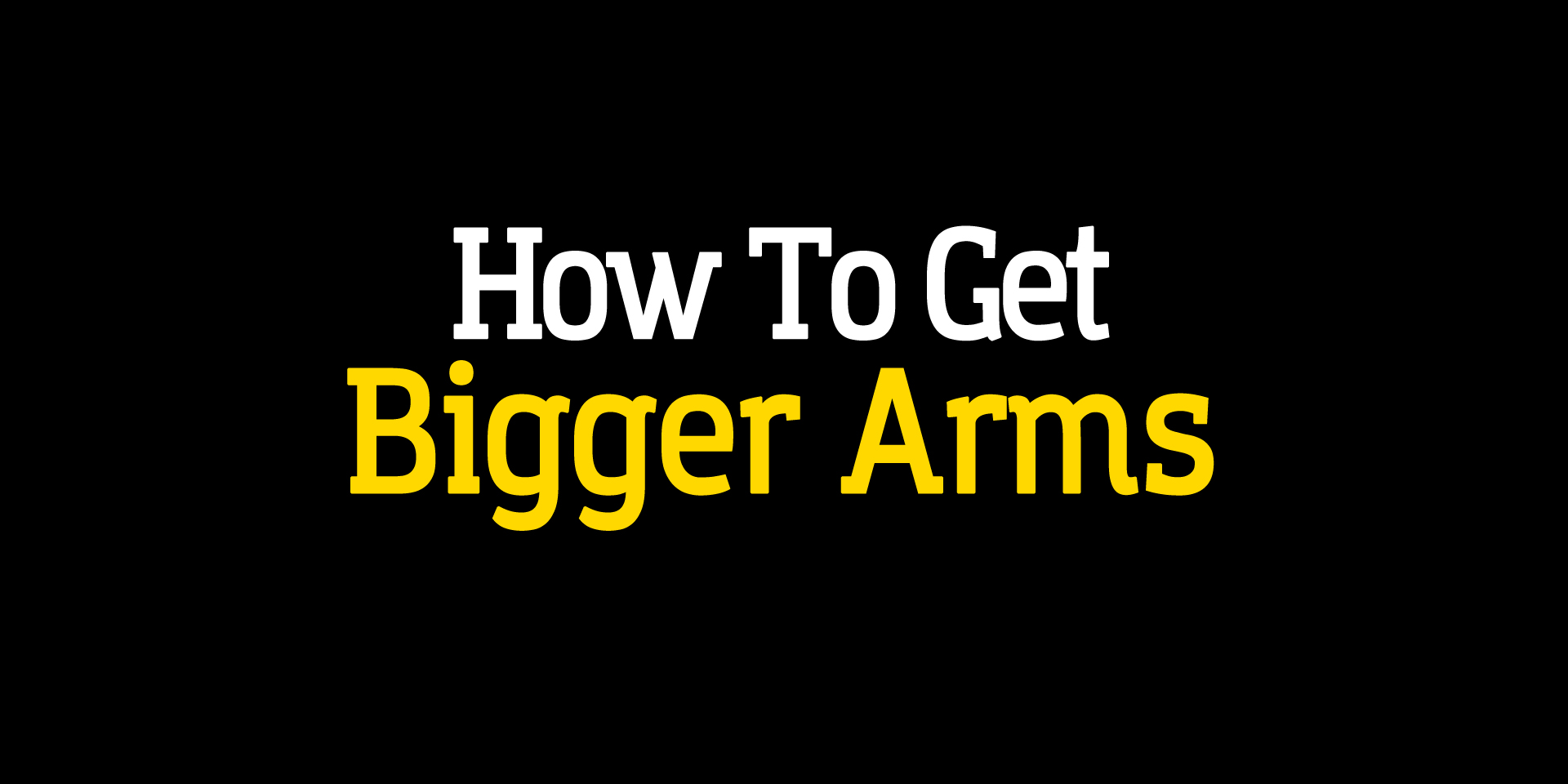 How to get bigger arms is probably the most frequently asked question I’ve received. I know, you’re looking for the best protocol to give you them guns quickly. Before I give you the goods I just want to make a quick point.

I’ve been totally wrong about direct abs and arms training. 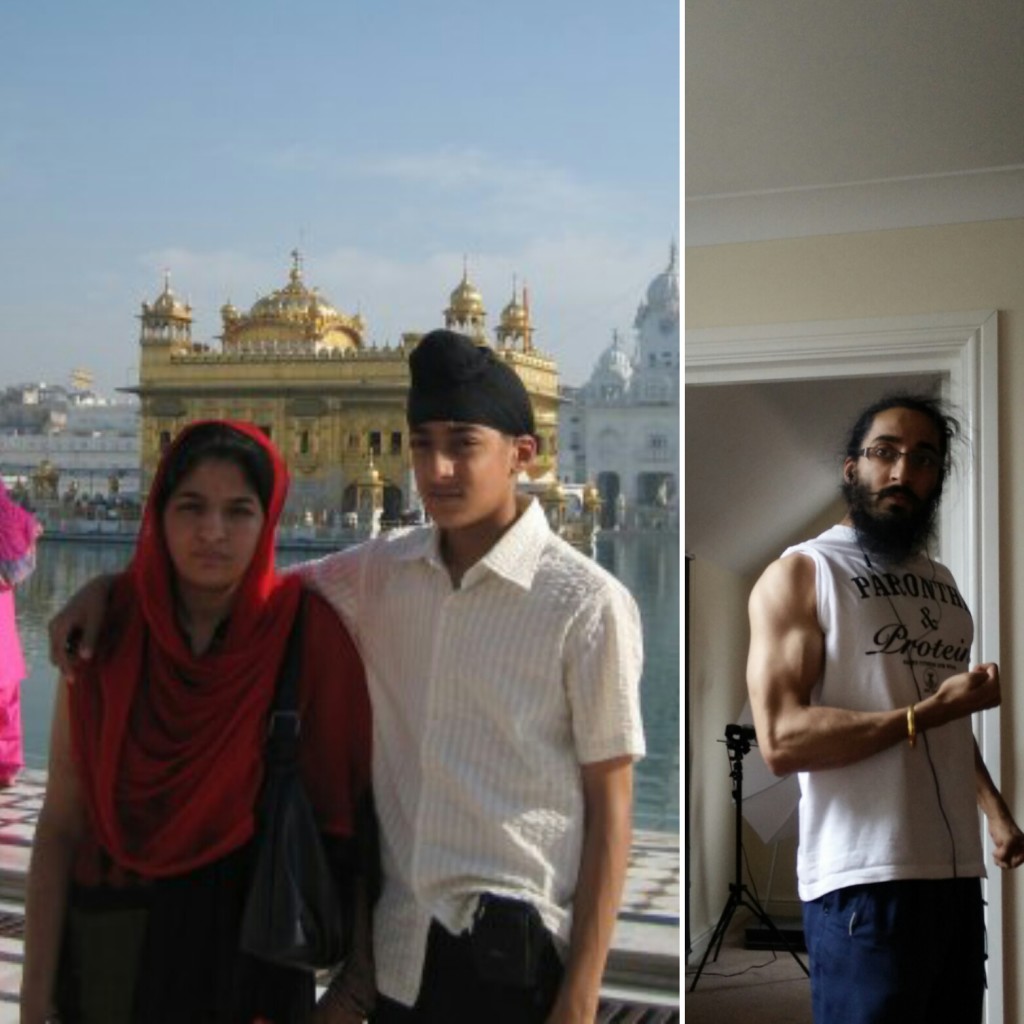 I’m a nerd for fitness research and optimising gains. In researching for my Facts On Fitness page I found an EMG study which showed squats and chin-ups were equal to if not better 6-pack (rectus abdominis) developers than crunches. An electromyogram (EMG) is a test that is used to record the electrical activity of muscles. With EMG tests you can find out whether a barbell curl or weighted pull-ups are best for bicep growth. It’s weighted pull-ups by the way.  So I found out chin-ups engaged better rectus abdominis than crunches.

I ran with it and completely didn’t work on abs directly since, we’re talking years of no sit-ups, crunches or wheel rollouts. I always thought just completing chin-ups, push presses and squats were enough.

Recently I have seen stronger and more compelling research on the side of direct abs training. Also research showing deadlifts and squats are actually poor at engaging the abs. The same evening I understood I’d missed out on gains over the years so looked at some EMG data straight away to find out what were the optimal exercises for working the abs.  I have now added them to my routine.

The reason I’m mentioning this is because we can get so tied to certain ideas that it can block us from expanding our exercise palette but more importantly our knowledge.

A similar story applies to direct arm training. I’ve always thought hitting compounds like chin-ups, rows, dips and push presses would be more than enough to build big, strong arms. It’s what I’ve recommended to people for years too. For the most part it’s good advice but I got so pro compound exercises that I developed a kind of hate for isolation exercises. There is no doubt most of your gains will come from lifting heavy hard compound movements, especially if you’re a natural lifter, but adding isolation movements only increases growth potential further.

Because arms and abs are both weak points that I want to bring up I have incorporated them in every gym session I do. That’s 4 times a week.

So what’s my protocol?

I’m aiming for 15-20 working sets per week on biceps and triceps.

I workout in the gym 4 days per week with an upper body/lower body split currently focusing on maximising strength and muscle but I will be adding arms and abs to each workout now.

Protocol: Pick a superset and complete 4 x F (failure ranging from 5 – 15 reps, increasing weight in each set). I’ve picked these moves based on what is effective both based on the research and my experience. There will be a bicep exercise followed by a tricep one.

Here are the supersets:

Rather than spending 30 minutes on arm training one day which I don’t really have I am doing one superset per session. This will take me a maximum of 5 minutes extra per session. We also know from the muscle protein synthesis research that spreading the 15-20 sets over the week like this works better for strength and hypertrophy than doing it all in one session.

Keep in mind the majority of time I spend working out is spent on compound lifts and I already do heavy overhead lifts, bench press, some form of pulling myself up to a bar and rowing twice per week. Personally I love the chin-ups and dips superset the most but I’ve kept the above list to direct arm training only.

Also keep in mind the triceps make up two thirds of the upper arm, does your time allocation reflect this?

As a bonus here’s what I’m doing for abs currently.

Protocol: Pick a move (only one) and do as many reps as possible in 2 minutes. I absolutely love this technique for bringing up weak points, plus you’re done quickly. These moves were chosen based on EMG data showing they’re the best all round abs developers.

Here are the exercises:

I will keep you all updated how this is going for me. I plan on doing it straight for the next 8 weeks. I’m really excited what gains will come of this as I haven’t directly trained arms in a routine of mine for years. I’m expecting some beginner gains.

Both measured on 30/08/2017. Stay tuned for another measurement around mid october.

Get those arm gains!